Celebrating six decades of agricultural transformation in Tanzania through financing 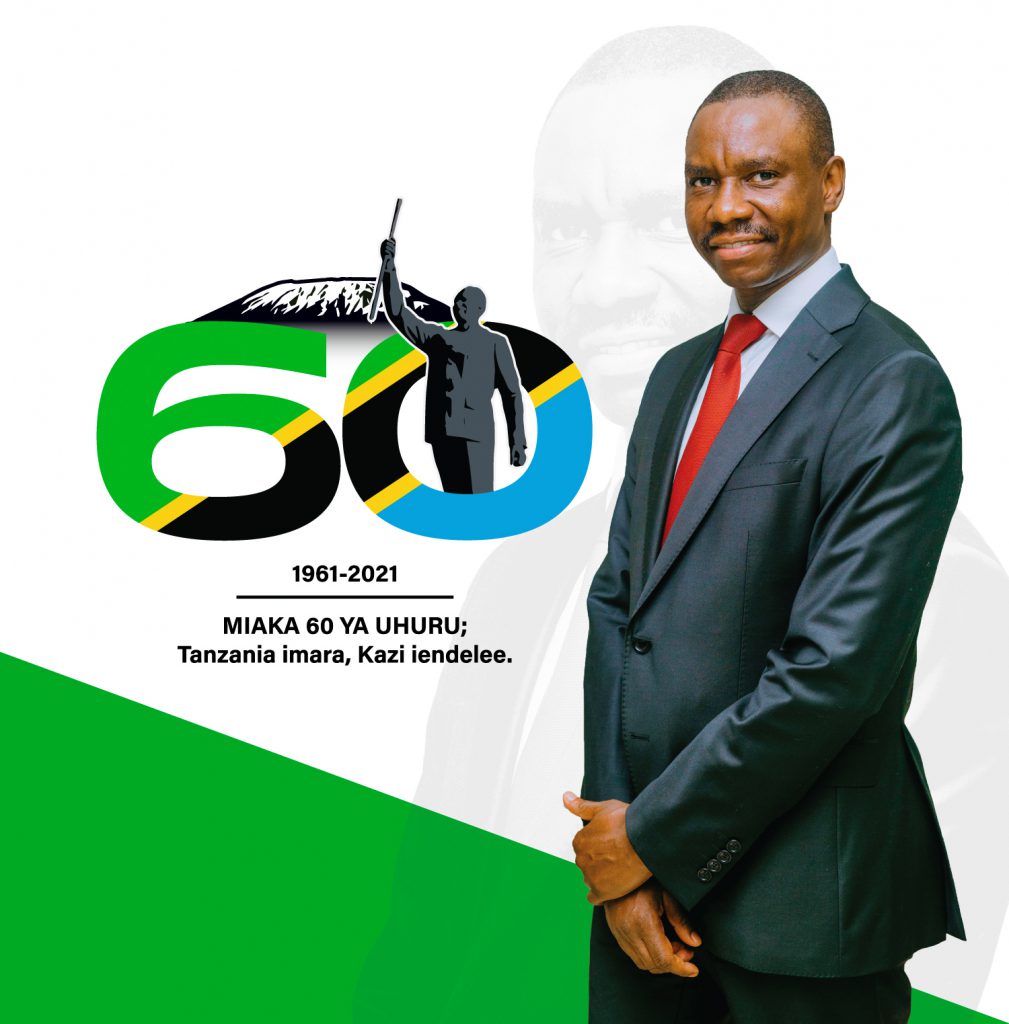 It has been a roller-coaster ride for the agricultural sec­tor in Tanzania for the past six decades.

As we celebrate 60 years of our Independence it is indeed worthy looking into the histo­ry, reminisce on the past, pres­ent and take a look at what the future holds. 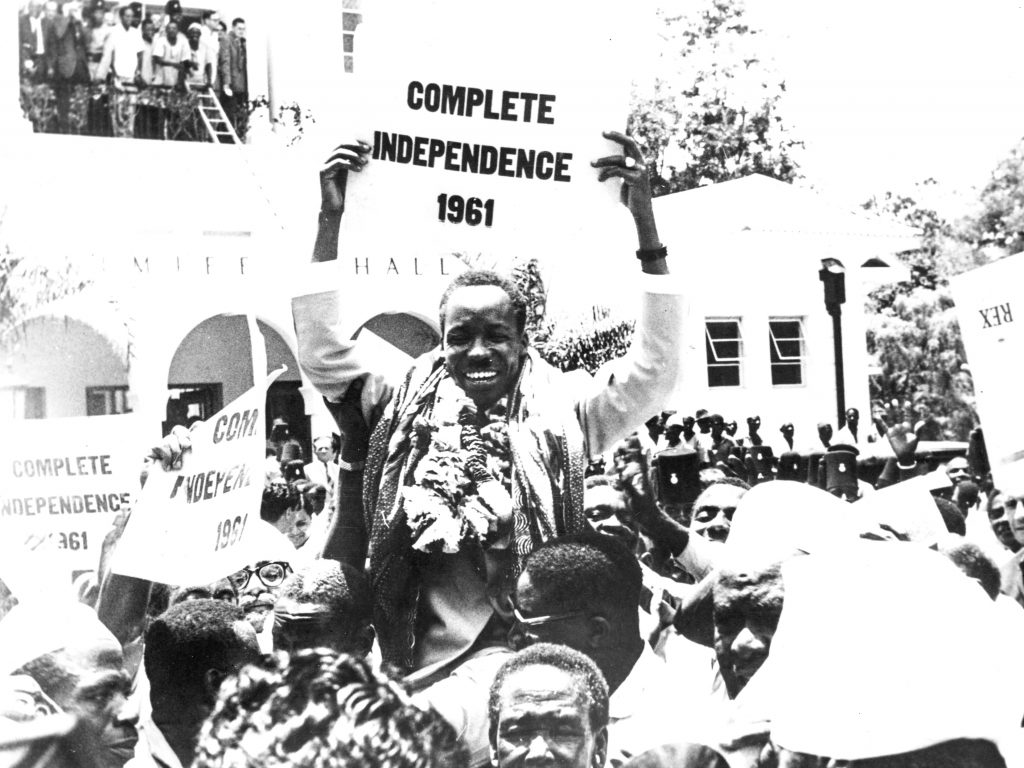 It is evident that throughout the six decades, our govern­ments have prioritised initia­tives that are geared towards giving a shot-in-the-arm to the agricultural sector.

This is in consideration of the importance of the sec­tor for the people of Tanza­nia’s livelihood, the country’s economy and the potential contribution of the nation to the continent and the world at large.

Important sector, Tanza­nians’ standards of living are changing for the better with most of them having sufficient food on the table with surplus for their economic wellbeing and the country well-nigh inching closer to achieving overall food security.

Today, according to 2020’s BoT annual reports that the agricultural sector contribut­ed to 26.5% the breakdown being 14.7% crops, 7.4 live­stock, 2.7% forestry and hunt­ing, and 1.7% fisheries.. These statistics alone indicate that the sector significantly con­tributes to the country’s soci­oeconomic development.

It is worth noting that the World Bank has identified agricultural sector to be the sector than can enable nations to increase incomes among the poor by up to 4% com­pared to any other sector.

About 65% of our country’s population is employed in the agricultural sector. This cre­ates emphasis on how the sec­tor is at the epicenter of our nation’s journey into attaining the Africa 2063 goals, the UN sustainable agenda 2030, so to say ‘development’.

The 2012 AgriFin report by the World Bank emphasised the need for increased lend­ing in the agri sector especial­ly among smallholder farmers. The report further explains how agriculture lending has been deemed unattractive among commercial lenders due to high risks, high costs of lending and low returns.

Production risks, and geo­graphical factors are identified as contributing factors to the risks.

However, it is important to note that, beside the risk of the sector, over the last 60 years of Tanzanian’s independence, the succession governments have been setting policies, frameworks and institutions to enhance credit accessibil­ity for the development of the agricultural sector for the benefit of its people.1961-1967 Just after Independence

This was the era where Tan­ganyika and later Tanzania under the leadership of the late Mwl Julius K. Nyerere. 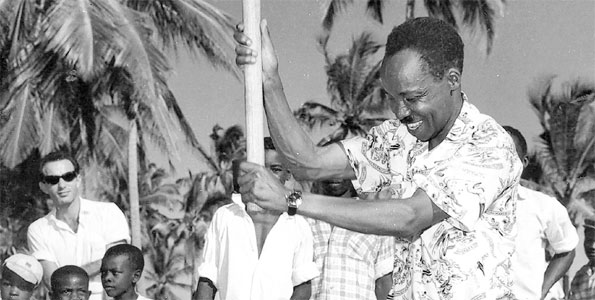 Inherited from the colonial Land Bank of Tanganyika, the now independent Tanganyika formed the Agricultural Cred­it Agency (ACA). With the role to extend credit specifically for the agricultural sector.

Beside expectations for ACA to spearhead agricultural sector, ACA failed as a result of inherent of Land Bank of Tan­ganyika’s losses of liabilities, high lending costs which was resulted by administration of thousands of small individual loans and what was identified as ‘capitalist imbalance ACA failed.

Its failure led the govern­ment to form National Coop­erative and Development Bank (NCDB). This was fol­lowing the legal and opera­tional recognition of coopera­tives’ role as means to enhance credit to farmers. The forma­tion and operationalisation of cooperative unions aimed at enhancing reduction of oper­ational costs.

In 1971 the NDCA was replaced by Tanzania Rural Development Bank (TRDB). The bank was funded by the state and other international development agencies.

TRDB was able to extend credit to more agricultural facilities compared to the pre­decessor institutions. Howev­er with decline of exports and imports following the existed policies, agricultural produc­tivity and lending were affect­ed.

Kilimo Kwanza was the slo­gan. Aiming to influence more people to engage in agricul­ture to feed internal market and external. Increase pro­duction was the goal of the government. The era saw more infra­structures being put in place one evident being the construction of the Buko­ba-Mwanza-Dar es Salaam road. The era was character­ized by trade liberalization and need to improve liveli­hood of the people. It was also in this era whereby TRDB was transformed into ‘Coopera­tive and Rural Development Bank (CRDB).

This was influenced by return of ‘cooperative unions’ and formation of its apex organization the Cooperative Union of Tanzania (CUT). CRDB continued to enhance agricultural lending to the sec­tor.

Having noticed a decline of agricultural contribution to the GDP falling from 41.9% to 27% and seeing an increase of other sectors including trade, public administration, by the 1993/94 financial year there was an increase in privatiza­tion of the marketing struc­tures, agricultural agencies.

This is an era where Tanza­nia sees vigorous implemen­tation of policies, strategies and setting up of implemen­tation frameworks to enhance agricultural transformation. These were geared at enhanc­ing food security and reduc­tion of poverty.

Following development of MKUKUTA phase I (Nation­al Strategy for Growth and Poverty Reduction -NSGPR) whose implementation began in 2005.

Also, Tanzania signed the Comprehensive Develop­ment Program (CAADP) COMPACT in 2009, followed by launching the Tanzania Agricultural and Food Secu­rity Financing Plan (TAFSIP) in 2011, as an instrument for implementing the CAADP COMPACT.

Kilimo Kwanza (2009) was a national program with a holistic set of policy instru­ments and strategic interven­tions to accelerate agricultural transformation in the country.

The program had 10 pillars whereby the second pillar (Financing Kilimo) sought on establishment of The Tanza­nia Agriculture Development Bank (TADB).

Under the Companies Act no. 2 of 2002 and given Cer­tificate of Incorporation no. 94075 on 26th September 2011, Tanzania Agricultural Development Bank Limited (TADB) a state-owned devel­opment finance institution (DFI) was established.

The key role of the bank being a catalyst for delivery of short, medium and long- term credit facilities for the development of agriculture in Tanzania.

Its establishment is among the key initiatives and national goals enshrined in the Vision 2025 to achieve food self-suf­ficiency and food security, eco­nomic development and pov­erty reduction. In 2015, the bank was officially launched, extending direct lending to the agricultural sector.

With the government receiving funds from the African Development Bank Group, and the bank being tasked with implementation of the Government’s Sec­ond-Generation Financial Sector Reforms, the national policies and strategies for the development of the agricul­tural sector, partnership was a key strategy to move forward.

In 2018, TADB in partner­ship with the Prime Minister’s Office and the Ministry of Finance and Planning (MoFP) launched the Smallholder Credit Guarantee Scheme. A special initiative aiming at addressing bottlenecks faced by smallholder farmers and SMEs in accessing commer­cial credit. 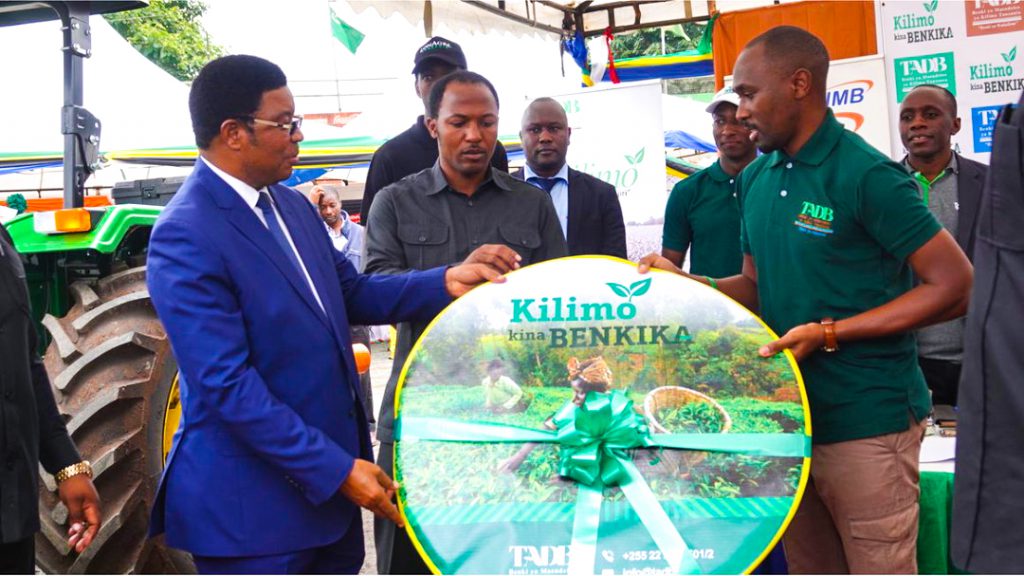 The scheme provides banks with liquidity as well as cred­it guarantees of 50% of the requested loan. Through the scheme, the bank has been able to lend smallholder farm­ers at a coverage of Sh106bil­lion by September 2021.

Along with TADB, it is equally note of other govern­ment’s efforts in de-risking and ensuring access to cred­it in the agricultural sector is enhanced.

This include initiation of PASS Trust, setting enabling environment for organiza­tions such as SAGCOT, AGRA and the like-minded organiza­tions to incentivize the sector.

As we celebrate these 60 years, I joining fellow coun­try-men and women to con­gratulate all our government under the leadership of H.E Samia Suluhu Hassan on con­tinued efforts to make farmers reap the benefits of their labor.